Does the NY Ban Affect Fracking in Maryland?

As proprietors of Blue Moon Rising, Deep Creek Lake’s only eco-friendly vacation community, we have been paying very close attention to the fracking debate here in Maryland. While industry experts and local legislators continue to perpetuate false informational campaigns about the economic benefits and supposed safety of the practice, real science has prevail 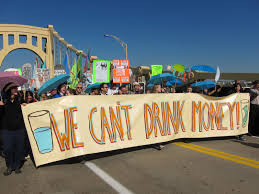 ed in New York and should do so here in Maryland. While we have been publicly silent to this point, that time has ended. Our business, the livelihoods of our employees and their families, and the sanctity of our precious fresh air and clean water require a fight … we will not be silent any longer and want to call for an end to fracking in Maryland.

WHY DOES FRACKING MATTER TO US?

First off, way to go New York Governor Andrew Cuomo! Through careful thought and action he demanded a comprehensive study, that included the public health of the citizens of his state, as well as the economic benefits and risk posed to the environment, and came to the conclusion this is not a safe or prudent way to extract resources. This could be the beginning of a sea change in the way we as a society deal with resource extraction: for possibly the first time in history, the health and well-being of the majority has been given priority over the profit for the few. For one of the few times since Europeans landed in the Americas the sanctity of fresh air, clean water, and the health of the earth that has given us so much, is being put in front of the possibilities of profit. From the beginning of the industrial era we have consumed and consumed, damning many people to lives of low wages and health problems. This choice in New York, this simple action of saying NO to multinational corporations, saying NO to the few at the top who stand to profit the most, ushers in a new era, one in which we as a society begin to understand the value of the resources that are most precious to life, CLEAN AIR and FRESH WATER and the preservation of our HEALTH. No longer will we allow the priorities of the few to risk the lives and lifestyles of the many. So again, kudos New York, way to go out there and lead!

At this time, our departing Governor is laying the ground work for the strictest regulations in the country before allowing fracking in our state. As unfortunate as this is, it is at its roots, a protection measure against our incoming Governor, who has said he thinks there is a “Gold Mine” in fracking that he wants to push it through as quickly as he can. Well Mr. Hogan, I ask you to think carefully about what action you intend to take. The New York study was longer and much more detailed than the industry insider study that was carried out here in Maryland. I also urge our state representatives to carefully review this new study, as it contains much information you must know before you allow fracking to take place in the land where the Chesapeake Bay has its origins.

WHAT CAN WE DO NOW TO BAN FRACKING IN MARYLAND?

Well, of course, now the question begs itself, how do we BAN FRACKING in Maryland? This, my friends, begins and ends with the actions of the people.   It is up to us to take a stand, stating in no uncertain terms,  we don’t want chemicals pumped into our drinking water, we don’t want dirty industry in our landscape, and we’re not willing to risk the health and safety of ourselves, our children, and our future. We must stand up with one voice, against the multinational corporations, the wealthy landowners, the misguided legislators, and the disinformation campaigns and say NO! We as a people are not willing to risk our health and safety to find out whether or not chemicals can be pumped into and out of our earth safely. We are not a petri dish for your experiments, NOT HERE, NOT NOW, NOT EVER.

WE WILL BE MET WITH OPPOSITION

We must also present other options for the future of our community –  we will lose if we only come to the table to say no. In order to win this battle we must come with new ideas for economic development and the future economy of the western part of our state. The current economy is built on tourism and the beautiful landscapes we have to offer. The future economy will be built on these same foundations, but we need more than the visitors we welcome every year – we need to be actively attracting new residents. Maybe it’s those people who currently live in the surrounding states who do not want to live with fracking any more?   Let us consider this a call to action, invite people to bring their small businesses, their families to western Maryland, because we will stand up and fight to keep our environment pure and clean. All those who want to live in a clean fresh environment with opportunities for an active outdoor lifestyle and some of the best schools in the country, move here, join our fight and create the future of western Maryland based on an ethos that values health and happiness more than money!!

STAND UP WITH US, CREATE THE WORLD YOU WANT TO LIVE IN

This may be the first you’re hearing of fracking and the fight to stop it, or the first time you’ve heard of Blue Moon Rising, but this will not be the last. The future of our local economy, environment and the livelihoods of our residents are riding on the people to stand up and protect our resources, both above and below ground. Call your congressman, write them a letter, and ask them to re-think where they are getting their information. Ask them to lead like the officials in New York and outright BAN fracking in Maryland, for the health and safety of our people and our land. We will be actively working to bring the word ‘BAN’ into the discussion here in Maryland – this great land of ours must be protected from destruction, and we must come together to create solutions that do not jeopardize our way life. In this we can be united in saying our health and safety come before profit.

Here is a link to the New York State health study, read for yourself, and be very concerned about what is happening in Annapolis.

Hurry while we still have cabins available and treat yourself to a weekend getaway.